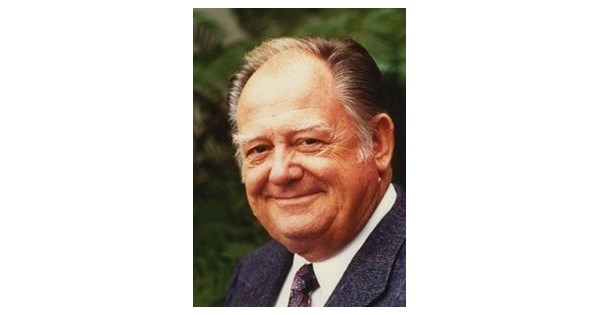 October 7, 1927 – September 11, 2021 Bert Tibbet, 93, of Pasadena, Calif., Passed away peacefully at his home in Sedona, AZ on September 11 with his wife and family by his side. Bert’s great-grandparents moved to Pasadena in 1853. The town of Roses was his home for 80 years until he retired to Sedona in 2014. Bert is survived by his wife of 64 years. , Pepper C. Tibbet, son Lance M. Tibbet (wife Amelia M. Tibbet), daughters Casey Tibbet (husband Dennis Lechner) and Toby S. Tibbet, grandsons Seth M. and Joel E. Tibbet, sister Gloria Condon Ricketts and several nieces and nephews. Bert was diagnosed with metastatic colon cancer two weeks before his death. It was a surprise to everyone. He was independent, active and fully engaged in life until his diagnosis. Her family is eternally grateful to her caregivers. Bert donated his body to the Willed Body Program at the University of Arizona, College of Medicine … A fitting gesture for a man who “always gave,” noted a volunteer who served with him at the Cross -American red. Bert is predeceased by his mother Ruth Baird Thorne, his father Berton M. Tibbet, II, his sisters Nancy R. Kohl and Margery A. Tibbet. Bert is a graduate of Longfellow Elementary School and John Marshall High School. He obtained his real estate broker’s license from UCLA. Bert was a veteran and a patriot. He served honorably in the United States Coast Guard during World War II and has proudly flown the American flag at home all year round. It was normal that he died on Patriots’ Day. He was a man of many talents and was interested in a successful real estate agent, real estate broker, mortgage banker, insurance agent, real estate developer, home builder, small business owner and nurseryman. He described himself as a business and community developer, team leader and relationship builder with integrity, loyalty, compassion and enthusiasm … A family friend described him as “a man of all things. man wants to be “. He had an infectious curiosity for life and an unwavering positive attitude. He was extraordinarily kind. He was a friendly and helpful neighbor … a true friend. He loved to get involved in his community and give back, especially to the less fortunate. He lived life in the moment and made it a daily practice to “stop and smell the roses”. He had a lifelong love and appreciation for nature. He was passionate about gardening and caring for his fruit trees, tomatoes and flowering perennials. He enjoyed watching birds and wildlife. He marveled at the prismatic light and cloud formations. He loved to fish. Bishop / Mammoth Lakes was his beloved fishing hole. Family vacations were special for him. A rafting trip on the Colorado River in the Grand Canyon was, in his words, “the most spiritual and the most awe-inspiring.” He was a voracious reader and loved the library. He never went a day without reading the newspaper. Bert was a long-time volunteer. He was the principal director of the Episcopal Church of Saint Mark in Altadena. He has served as Chairman of the Pasadena-Foothill Board of Realtors and State Delegate to the State Board of Realtors and Real Estate Agent of the Year. He was the Founder and Managing Partner of Magic Growers Nursery for 33 years and, as President of the California Association of Nurserymen, coined the water conservation slogan “Water Wise.” He has served as a director and chairman of the Kinneloa Estates Homeowner’s Association and served on the board of directors of the Eaton Canyon Recovery Alliance and co-chaired the Fire Storm Victims Insurance Committee for California Wildland Fire Victim Advocates. As a young father, he was president of the Pasadena Pony League and coach of the Pasadena Dodgers. He has shown charity with his time and expertise, especially with organizations whose mission was to improve the quality of life and education of underprivileged youth, including Boys and Girls Clubs of Pasadena, Community Chest, the San Gabriel Valley Boy Scouts Council and the Pasadena YWCA. In the spirit of enriching life and leveling the playing field for everyone, Bert was instrumental in the development of the largest affordable single and single family housing project in Pasadena. This was a 96-unit residential redevelopment project west of Fair Oaks Avenue, between Mountain Street and Hammond Street, known as the Pepper Project, now Sunset Oaks. For 24 years, Bert was a volunteer for the Pasadena Tournament of Roses association. For 10 years, he was a Team Leader and Field Training Officer for the Pasadena Police Department’s CAPP program and was Volunteer of the Year. He was a pilot of fixed and rotary wing aircraft and a HAM radio operator. He was a photographer and exhibiting member of the Verde Valley Photographic Society. He was equally an incurable, fair and equitable romantic and impartial diplomat, unaffected by emotion or assumption. He was a “car nut” who co-founded the Pasadena Roadster Club. He had a fondness for hot rods, including his own 1928 Ford Roadster. He loved to try new foods and new restaurants. He was a passionate cook and an excellent host. He thirsted for knowledge and personal development. After his retirement, he volunteered for the Yavapai County Sheriff’s Office Incident and Community Relations Command Team and a Team Leader for the American Red Cross Arizona Disaster Management Team in Arizona. North and Arizona-New Mexico-El Paso. He has obtained numerous national certifications in the areas of Law Enforcement, Incident Response, Disaster Management and Emergency Management from FEMA including the Civilian Emergency Response Team (CERT). At 91, he earned his FAA-certified remote pilot license and a place on the drone team at the Yavapai County Sheriff’s Office. At the age of 93, he obtained his Concealed Weapons License in Arizona. He achieved enormous professional success, but his crowning achievement was personal. He was immensely proud of his children and loved them deeply, but his greatest love, passion and sense of “accomplishment” was his wife Pepper and their 64 and over together.