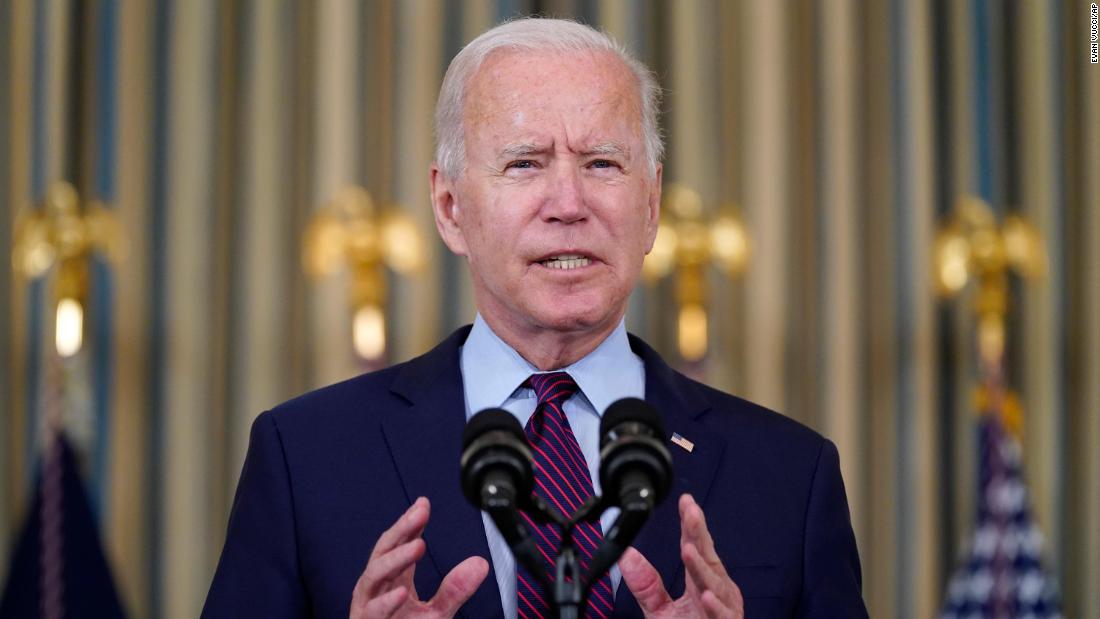 In a White House speech, Biden blamed Republicans for refusing to join Democrats in raising the debt ceiling to pay off debts incurred in the past. Republicans in Congress firmly refuse to provide votes to raise the debt limit, Biden said they should vote on a bipartisan basis to pay the bills for which both parties are responsible.

“Not only are Republicans refusing to do their job, but they are threatening to use their power to prevent us from doing our job – saving the economy from a catastrophic event. I honestly think this is hypocritical, dangerous and shameful.” , Biden mentioned.

Biden said, “Republicans say they will not do their part to avoid this unnecessary calamity. Let it be. But they must stop playing Russian roulette with the American economy.”

Congress has until Oct. 18 to raise the country’s borrowing limit, Treasury Secretary Janet Yellen warned lawmakers last week, a date that is only two weeks away. When asked by a reporter if he could guarantee that the United States wouldn’t hit the debt ceiling, Biden said, “No I can’t – it depends on Mitch McConnell.… I can’t. believe that would be the end result, because the consequences are so terrible. I don’t believe it, but can I guarantee it? If I could, I would, but I can’t.

Republicans, led by Senate Minority Leader McConnell, argue Democrats should manage the debt ceiling on their own using a special budget process known as reconciliation, which would not force Republicans to vote on it . But House Speaker Nancy Pelosi and Senate Majority Leader Chuck Schumer said they were opposed to the idea and believed it was the responsibility of Republicans to help repay debts contracted by both parties.

But as the deadline approaches, Democrats need to make a quick decision whether to use the budget reconciliation process.

Biden said minutes before delivering his remarks that he had received and read a letter from McConnell on the debt ceiling and said he planned to speak to the Republican leader about it.

“I hope we can have a smart and honest conversation about what he’s proposing. I think the easiest way to do that, and if the Republicans didn’t use filibuster, would be to let us vote on what’s already in the Senate. Now, gone through the house, to raise the debt limit. And we could do that in the next few days, “Biden said.

Biden said Congress had to raise the debt ceiling in part because of what he described as “reckless tax and spending policies” under the Trump administration.

“The Republicans in Congress have increased the debt three times when Donald Trump was president, and each time with the support of the Democrats. previous administration, ”Biden said.

The president said: “They will not increase it even if defaulting on payment results in self-inflicted injury that will rock our economy and put jobs and retirement savings at risk, social security benefits, salaries for the military. , veteran benefits, and more. “

The president said that in the days to come, the American people could see the value of their retirement accounts decline, interest rates rise, and their mortgage and auto payments rise.

“As of this week, your savings and your wallet could be directly impacted by this Republican coup. It’s that simple,” Biden said.

Failure to raise the debt ceiling on time could stop the payments millions of Americans rely on, including federal workers’ paychecks, Medicare benefits, military salaries, government reimbursements. taxes, Social Security checks and payments to federal contractors. It could lead to job losses, a tens of billions halt in Covid-19 economic stimulus aid that is yet to be delivered, a near freeze in credit and gross domestic product markets taking a tangible blow which could last several quarters.

Biden noted that increasing the debt limit would pay off past debts and that would not be tied to any new spending being considered, like his economic proposals which are currently blocked in Congress.

“It has nothing to do with my infrastructure plan or to rebuild better,” Biden said.

He added: “So if we want to implement what has already been approved by previous congresses and previous presidents and parties, we have to pay for it.”

The president defended the lack of agreement on his economic plans and appeared to single out two moderate Democratic senators, Joe Manchin of West Virginia and Kyrsten Sinema of Arizona.

“I was able to make the deal with 99% of my party. Two, two people, it’s still going on,” Biden told reporters on Monday.

Pressed to see if he was specifically calling Manchin and Sinema, Biden said, “I need 50 votes in the Senate. I have 48.”

Senior White House officials have explored whether the United States could unilaterally pursue payments if the debt ceiling is exceeded, but officials ultimately concluded that it would not be possible to avoid a default and an economic disaster, CNN reported last week.
The standoff over raising the debt ceiling comes at a chaotic time in Washington. Last week, Congress avoided a government shutdown just before the deadline, and Democrats were also forced to put the brakes on their infrastructure and social safety net program.

House Democratic leaders have postponed plans to vote on a trillion-dollar infrastructure plan amid sharp disagreements between progressive and moderate Democrats over the size and scope of the president’s broad national agenda. Senior White House officials traveled to Capitol Hill last week to negotiate a deal, but failed to craft a framework that progressive and moderate Democrats would adhere to.

Biden will virtually meet with the Progressive House Democrats on Monday, White House press secretary Jen Psaki said on Monday, saying the group will have discussions on the way forward on the president’s agenda. She added that the president will likely hold a similar meeting with moderates later this week.

This story has been updated with additional information from Biden’s speech.

CNN’s Matt Egan and Phil Mattingly contributed to this report.