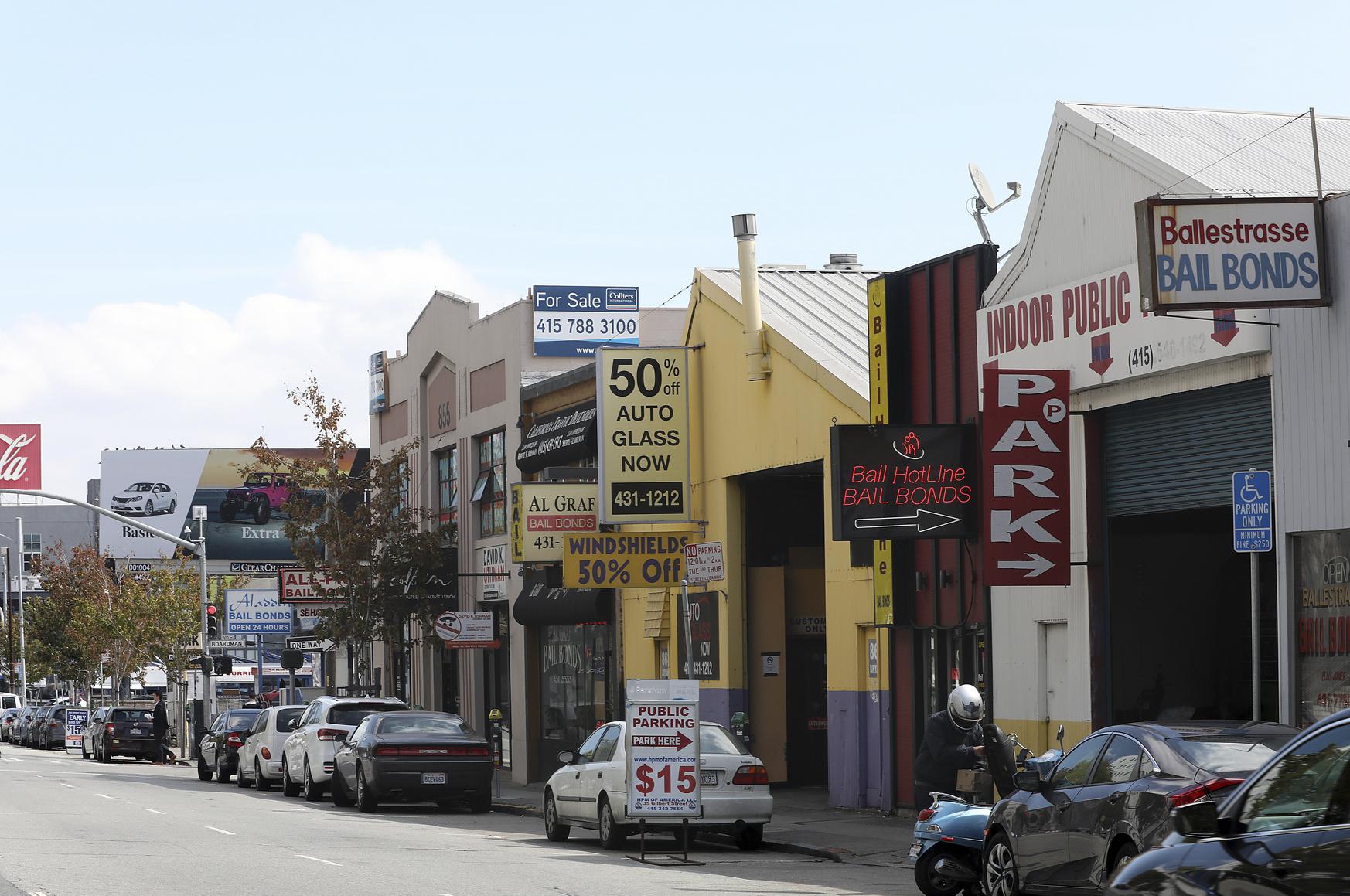 According to a report by the ACLU and Color of Change, it is the number of people incarcerated on a given day in the United States without being convicted of a felony. This represents about 70% of all incarcerated people. Most will spend days or even weeks behind bars in dangerous or degrading conditions before being brought before a judge.

Making people’s freedom dependent on their ability to pay creates a two-tier system. Well-off people also commit crimes, but they don’t languish in jail because they can afford to post bail.

When the poorest people are trapped in jail by a bond they cannot afford, however, prosecutors can use the promise of release as a goad to extract guilty pleas. No one wants to be incarcerated. Spending weeks or months away from life can cause a person to lose their job, their home, or even custody of their children. Most people in prison have only one concern: get out as quickly as possible. This pressure can lead people to plead guilty to crimes they have not committed. According to UCLA School of Law Bail Practicum, nearly 95% of criminal convictions across the country stem from guilty pleas before the pandemic.

In recent years in California, the process of reforming this system has made significant progress. In 2019, Chesa Boudin was elected District Attorney for San Francisco in a progressive wave pushing for the elimination of the cash bond. George GascÃ³n was elected Los Angeles District Attorney in November 2020 with similar progressive reforms. In March of this year, the California Supreme Court ruled that “making liberty conditional only on a person arrested being able to afford bail is unconstitutional.”

These advances in bond reform are crucial. And yet, the financial devastation already caused by the cash bond remains in effect. This system has left millions of people without a dollar to their credit or with dire financial obligations that their families often end up with.

Innocent or guilty, if you’re charged with a felony and don’t have the money to post bail, you need to borrow if you want to get out of jail before your trial. Private surety bond companies charge 10% of the total bond amount in non-refundable â€œpremiumsâ€, also known as fees. Even if the defendant has his charges dropped, even if he is found innocent, these costs still have to be paid.

And it is not cheap.

Surety companies reaped the profits while burying communities in predatory debt. Nationally, $ 14 billion in bonds are issued each year, generating more than $ 2 billion annually for businesses. Because the criminal justice system disproportionately accuses black and brown men of crimes, this incurred debt is overwhelmingly held by women of color, who are the co-signers of most bail contracts.

Across the country, millions of families of color are paying for freedom. As you might expect, households burdened with bail also grapple with many other types of debt, including other forms of prison debt like probation, restitution, fines and fees, not to mention. credit card debt, medical debt, payday loans, etc.

California has made several attempts to reform these systems. But there was hindsight. Unsurprisingly, at least for people from communities like mine in south-central Los Angeles, district attorneys Boudin and GascÃ³n are now facing recall threats. But real justice cannot afford to turn back the clock. In fact, California and the nation must go even further than a handful of progressive DAs can go alone. We also need to challenge the financial operating agreements already in place to achieve lasting change. And we need to tackle what is too often the root cause of crime: poverty.

To do this, communities must organize themselves.


Understanding the rights of debtors is an essential part of this process. California debtors have the right to challenge their debts; a right to stop communications; obligation to respect the privacy of debtors; and rights against unfair collection practices, misrepresentation, unlawful threats, harassment or abuse, and profane / obscene or abusive language. Surety companies routinely break these laws when trying to collect.

In response, the Debt Collective, a debtors union I organize with, created an online tool Abolish Bail that allows co-signers of surety contracts to dispute their debts. After completing a short questionnaire, the tool automatically generates a formal notice describing some of the problems associated with the contract and requiring the cancellation of the debt. The questions posed and included in the letter are based on the principles of California Consumer Protection Act, originally applied to the bail bond industry by Danica Rodarmel and the Bail Clinic at Lawyers’ Committee for Civil Rights.

Ideally, surety companies will respond to the letter by agreeing to write off individual debt. Of course, that won’t always happen. Thus, the Debt Collective aims to create a community of surety debtors – a union – who can come together and leverage their collective power against predatory surety companies.

So who owes whom?

Manuel Galindo is the organizer of the prison debt of Collectif Dette. He has spent the past five years as a community organizer and policy advocate for marginalized communities in Los Angeles.