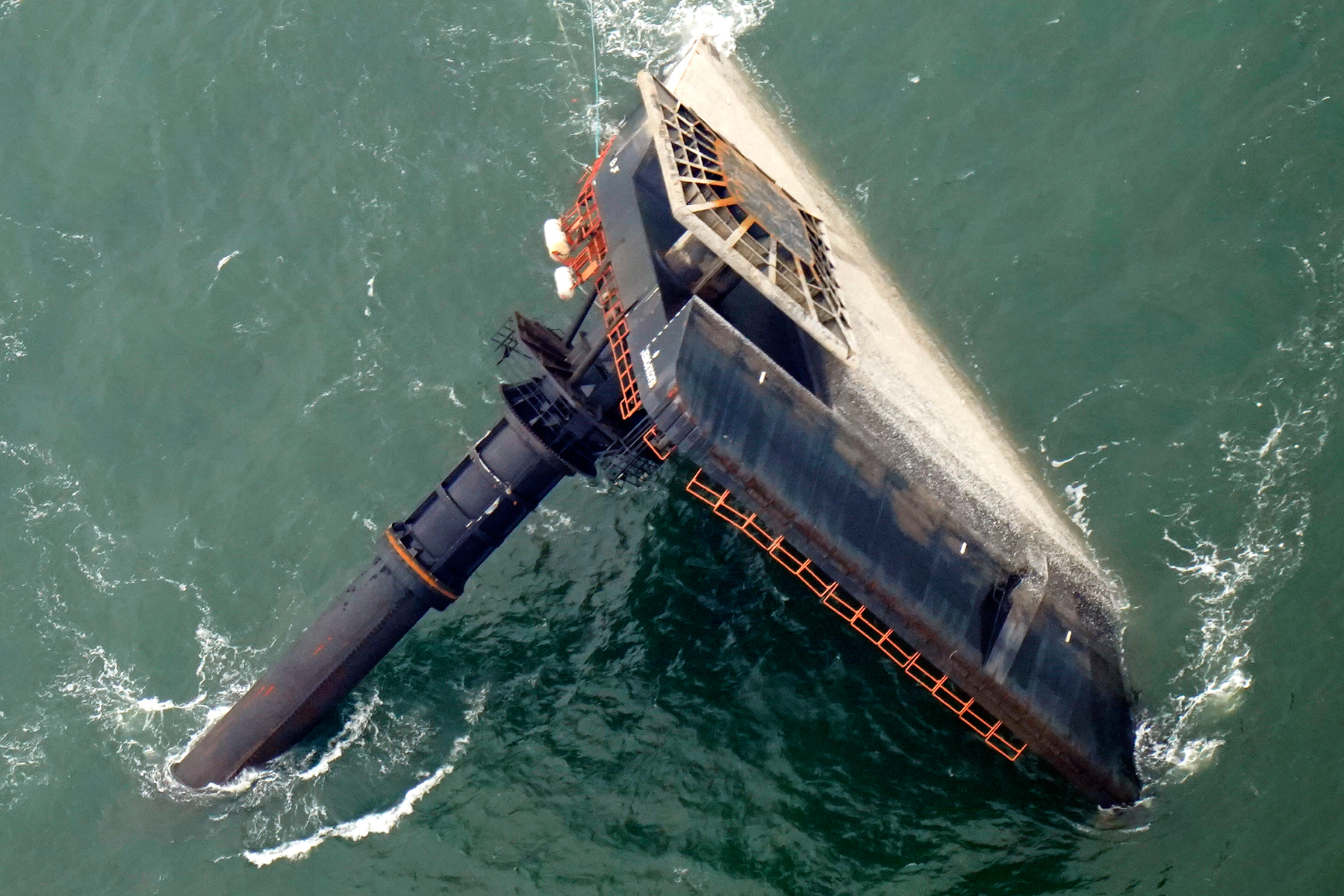 NEW ORLEANS – The offshore service vessel that capsized in the Gulf of Mexico in a deadly disaster in April is cracking and will have to be brought ashore in sections, the U.S. Coast Guard said on Wednesday.

A Coast Guard press release said the Seacor Power circled where it partially sank after capsizing on April 13 off the coast of Louisiana. Rescuers reported signs of cracking and separation of the hull from the superstructure, indicating that the structural integrity of the vessel was compromised, the statement said.

A “lift boat” fitted with legs, the vessel can be lowered to the seabed to anchor it in place for work on nearby oil and gas facilities. He overturned as he was heading towards a construction site with 19 people on board. Only six survived.

Six bodies were recovered from the wreckage or from Gulf waters. Seven people are missing and presumed dead.

Family members were briefed on the rescue efforts on Wednesday by officials from the ship’s company and the rescue company, Donjon-SMIT.

The Coast Guard said efforts so far have been to remove debris from around the vessel to make room for recovery equipment. Rescue efforts will include the use of a submersible barge that can be maneuvered under larger sections of the ship and then refloated. The Coast Guard said larger sections could be pulled by the end of June, but that could be delayed by weather conditions or other factors.

© Copyright 2021 Associated Press. All rights reserved. This material may not be published, broadcast, rewritten or redistributed.