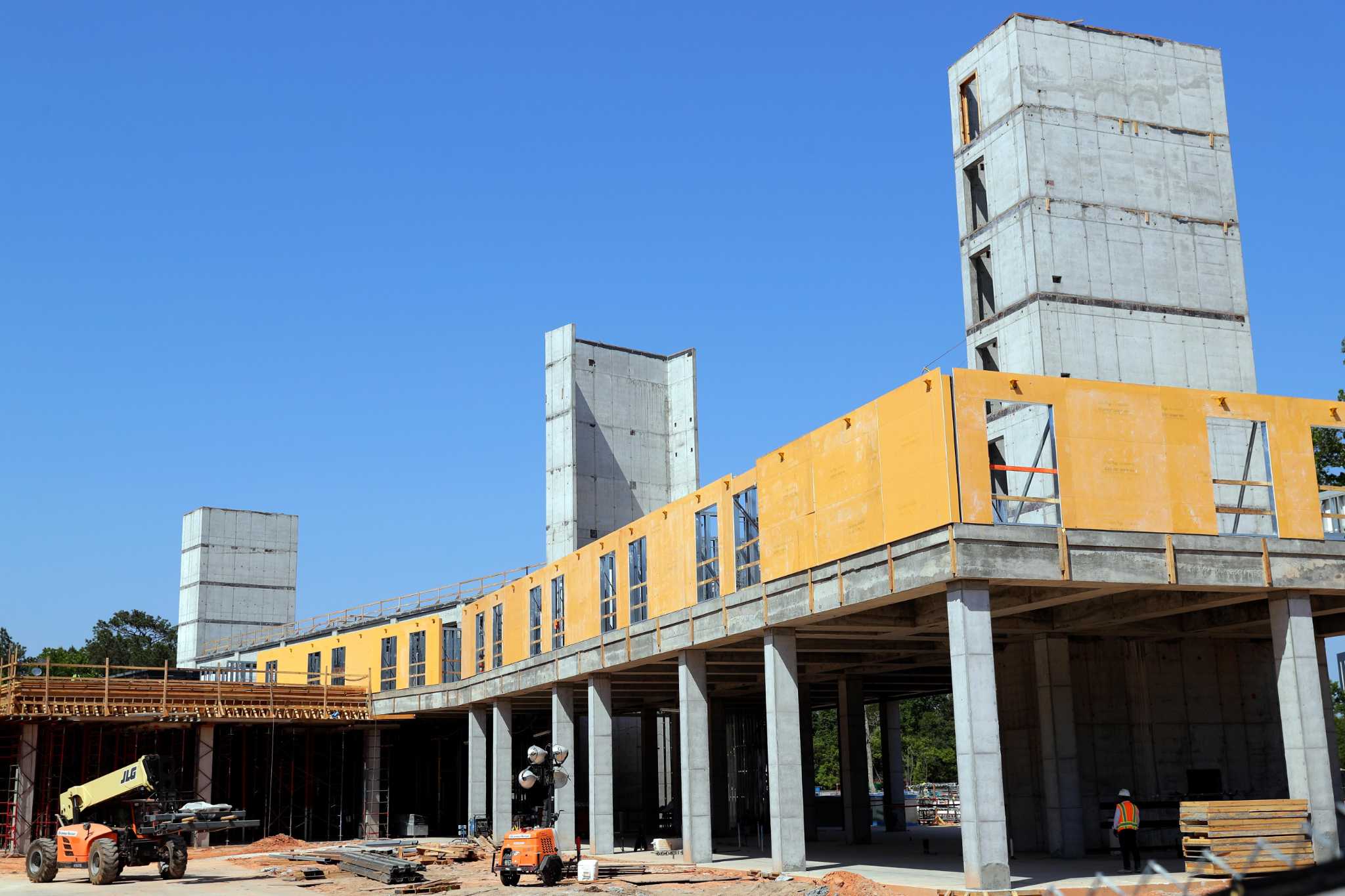 Bills for Apple iPads, camping and navigation accessories, a hamburger press and thousands of dollars in snacks are among the expenses of a construction company building a new hotel and convention center in Conroe that city officials question.

The investigation into spending related to the city’s contract with California-based DPR Construction for the Hyatt Regency Hotel and Convention Center follows a July City Council where members were surprised to see nearly $7,000 in company bills, including more than $2,000 to Twin Peaks and hundreds of dollars for food, sunglasses and t-shirts.

Councilor Marsha Porter presented the expenses to acting chief financial officer Collin Boothe at a council workshop on Wednesday, urging him to go back and review the bills submitted to the council in April. Boothe was not involved in negotiating the contract with the construction company.

“I don’t know who’s overseeing this, but it’s taxpayers’ money, and someone is abusing this hotel contract,” Porter said.

Among the bills flagged by the council for review were: $3,328 in iPads and Apple accessories; a hamburger press for $48.70; two microwaves for $238 and over $1,000 in airfare. The company also submitted receipts from Amazon and the Academy for boating and camping supplies, including nylon motorboat ropes for $36.98 each, a marine-grade air horn for $49. $.95, a flashlight and camping cooking utensils.

Porter said the bills have been paid.

“We are taking a closer look at these (invoices),” Sam Masiel, deputy director of internal services, said at the regular board meeting on Thursday.

The city has allocated $100,000 for an outside auditor to review the bills, but has not yet issued a tender.

Former chief financial officer Steve Williams told a July 14 meeting that many of the expenses are allowed under the city’s contract with the construction company.

Williams tendered his resignation minutes before an Aug. 11 meeting where the council was set to fire him, and city administrator Paul Virgadamo Jr. raised several council members’ concerns about their job performance, including the construction contract. The board accepted Williams’ resignation and terminated Virgadamo.

The board approved an $85 million contract with DPR Construction in May 2020. The cost of the project, which required the city to seek two loans from the Conroe Industrial Development Corp., has since soared to $107 million.

The hotel and convention center are expected to be completed in early 2023.