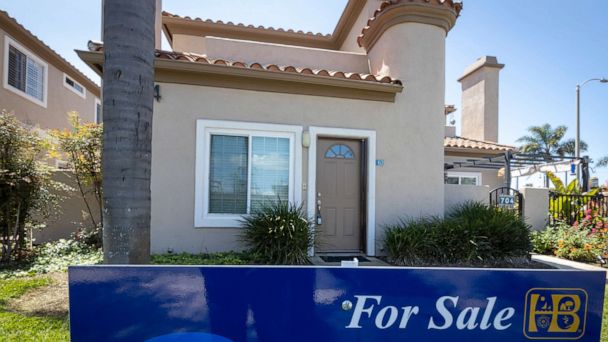 Housing market cooling for some, still volatile for others

Just a few months ago, the real estate market was favorable to home sellers. The number of buyers was increasing, the number of listings was decreasing and interest rates were falling, it seemed, across the country.

“Today, week after week, we’re seeing more and more inventory coming into the market and demand is down,” said broker Justin Itzen, who sells high-end homes in Orange County, in California, to ABC News’ “Nightline.”

“Buyers have more choice, they can be more selective,” he said.

In expensive coastal markets such as Orange County, there has been a noticeable drop in homebuyer interest and other signs of a declining market, according to Taylor Marr, Chief Economist from the Redfin real estate site.

Overall, the share of real estate listings that have been on the market for more than 30 days has increased by more than 12% compared to last year, according to a published Redfin report Last week.

As interest rates rise due to inflation, from 2-3% last year for some mortgages to 5-6% this month, buyers are more hesitant to take out loans.

“We felt a really aggressive downturn,” Itzen said, which happened almost overnight. “During the open house, it was like, ‘Where are all the shoppers?'”

Iesha McTier-Whyte, a broker who sells mid- to high-end homes in the Newark, New Jersey, area, told ABC News’ “Nightline” that she’s been through the same thing, but she didn’t necessarily consider it a bad thing.

“It’s nice to see [the market] calm down and kind of get back to basics,” she said. “What we went through last year was unlike any other.”

Justin Itzen’s real estate partner, Gio Helou, said “buyers are [now] able to go through the natural process of buying a house”, instead of making extraordinary sacrifices to try to obtain a house.

Yet rising interest rates have put some pressure on buyers.

A couple, Deni and Tim Sherman, started looking to buy a home in California this spring and asked Gio Helou for help. They found the process extremely stressful.

When they found a house they wanted to buy in Huntington Beach, California, they said they were considering liquidating investments to buy it.

Not only was it “15% above the asking price”, said Tim Sherman, “it was now above market estimates of what the property was worth”.

The house fell apart, but they were finally able to buy a house. Helou had sent it to them and they immediately made an offer, based solely on photos.

Their home in Dallas sold in a day, they said.

At the service of its students, it is a member of several elite universities