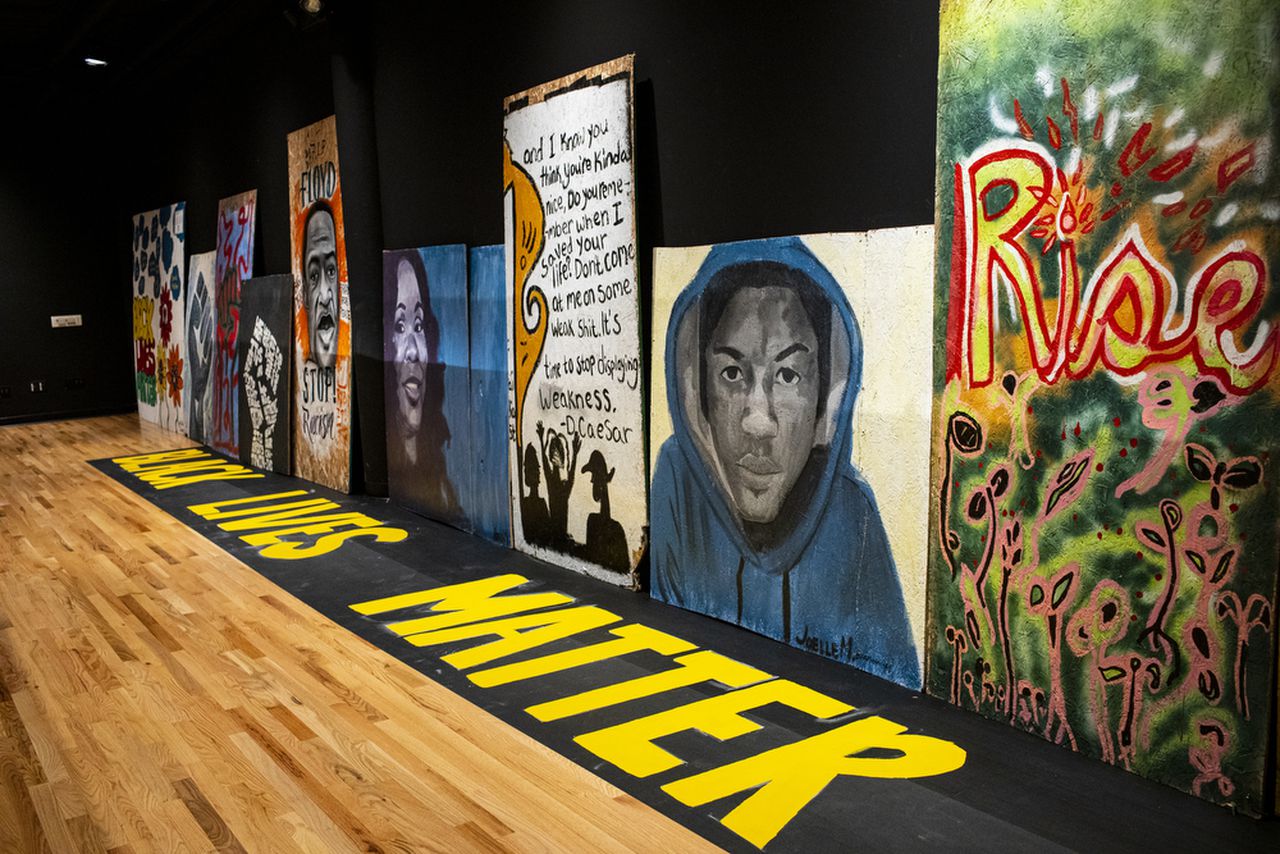 KALAMAZOO, MI – In a summer marked by “I Can’t Breathe,” the Black Arts and Cultural Center’s new art exhibit is a collective expiration for the black community.

Blacks are tired, said Sydney Davis, executive director of the Black Arts and Cultural Center. Between the pandemic and the protests, the cultural center was unable to fully express and present its art last summer, she said.

On May 25, George Floyd, a black man from Minnesota pleaded “I can’t breathe”, dying after a white policeman knelt at his neck for nearly nine minutes. Her deaths and those of other black men and women killed by police spurred people across the country to protest police brutality and racism for months.

While the exhibit doesn’t deal directly with police brutality and Black Lives Matter, it does focus on the grieving process that ensues, Davis said.

“It’s for us to give roses to those to whom we haven’t had the chance to give our roses,” said Davis.

In order to move the conversation towards a state of healing and progress, Davis came up with the idea of ​​the “Make Room” exhibition. The Judy K. Jolliffe Theater, formerly the Epic Theater, has been divided into 15 spaces where 10 artists have created symbolic pieces of black culture.

Before entering the exhibit, guests can browse a fictitious concession stand titled Change is Free.99, because “there’s always a price to pay,” Davis said.

The concession stand will feature Black Girl Magic and Black Boy Joy candy and soda, but a careful reader will find that the nutritional facts include ingredients such as “compliance,” Davis said.

Passing through the doors of the exhibition, guests will discover the “Head in the Clouds” corridor with fluffy clouds created by Kalamazoo artist Danielle Lewis. Guests are invited to reflect and write their thoughts on the walls before continuing with the exhibition.

“You’re going to come in with preconceived ideas and hopefully in the end your thoughts will be different,” Davis said.

As they move around, they will be invited to stop and smell the roses and walk down Black Lives Matter Boulevard with artwork created at businesses in downtown Kalamazoo after the protests.

Rooms also include Jamari Taylor’s Crown Room where she created pedestals for individuals to write about what they are passionate about. Guests can also wear one of her handmade flower crowns and sit on a golden throne to take a photo.

Taylor, who helped create Kalamazoo’s Black Lives Matter street mural, said she hopes the bedroom gives guests a sense of peace, confidence, and they leave with a sense of uplifting.

Next door, a room of ’90s nostalgia and black culture is on display to symbolize that the house should be a safe place, although that is not always true for the black community, Davis said.

Last week Robert Earl Johnson, 54, was killed in his sleep less than a mile away when a bullet went through a wall at his Church Street home. Kalamazoo follows a national trend of increasing gun violence this year.

“You shouldn’t go on social media and see people like you get killed,” Davis said.

Among the interactive features of the exhibit is a protest music wall that will have QR codes that guests can scan and listen to carefully selected songs to talk about the current moment, Davis said. There will also be phone booths encouraging guests to use their voices with social justice petitions to sign and published community resources.

Black Candidates Excited To Be ‘The First’, Frustrated At Being Left Behind In Kalamazoo County

Search the Database for Black Owned Businesses in Michigan