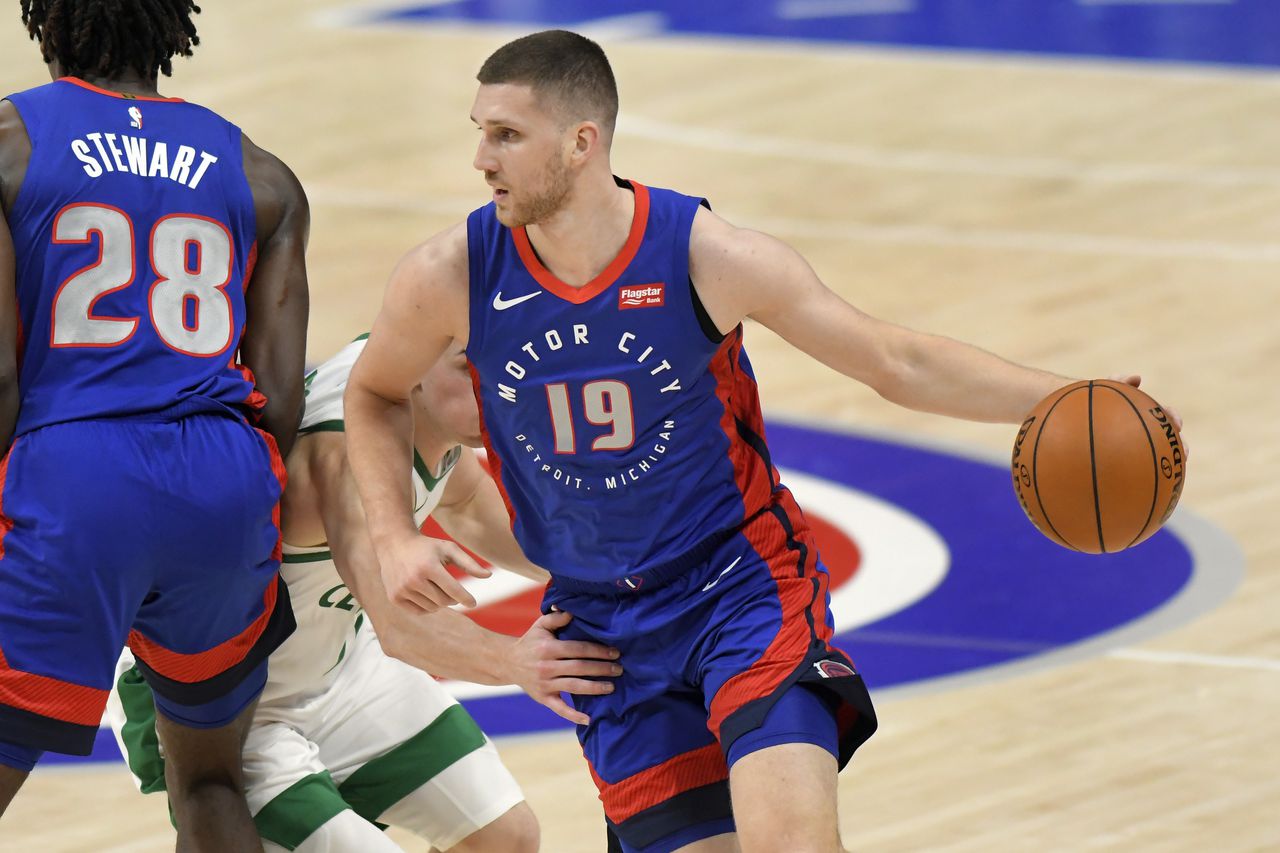 The Detroit Pistons continue to see some aspects of their game take hold. They fell to 1-5 after a 122-120 loss to the Boston Celtics on Sunday at Little Caesars Arena, but they continue to show consistent progress in every game.

Detroit continued to see just how versatile their roster can be when the team lost Josh Jackson as players stepped up to fill the wing gap 6-8 following a right ankle injury. .

Here are some takeaways from Sunday’s game:

The offense pierces: The Pistons had a better night taking care of the ball after committing just 10 turnovers. Better ball safety allowed their offense to catch up to six games in the season.

Detroit’s 120 points were a season high. Jerami Grant led the way with 24 points, surpassing 20 for the fifth straight game. He was one of six Pistons who scored in double digits.

Coach Dwane Casey said of offense: “It’s because they’re a good defensive team, they’re a lot of length. I think we made our shots. Svi (Mykhailiuk) arrived and gave us a boost offensively.

The Pistons shot 47.7% from the field and knocked down 44.4% of their shots from beyond the arc. This is the second time this season that Detroit has racked up more than 45 percent of its shots and the first time that it has made more than 40 percent of three.

The defense stumbles without Josh Jackson: Seconds after the third quarter, the Pistons lost Jackson to an ankle injury. Detroit regained its defensive rhythm after two back-to-back interceptions leading to buckets of Jackson.

On the second, Jackson shot a foul from center Daniel Theis that left him on the baseline for a while. After getting up, he gathered enough strength to shoot the free throw, but left the game right after.

It took the Pistons the rest of the third quarter to find their defensive rhythm. They allowed the Celtics to run short distances before cutting the deficit to three at the end of the third.

“That’s where it got us, and we got stuck with players on (Jayson) Tatum and (Jaylen) Brown and we didn’t have Josh on them,” Casey said.

The Pistons had eight interceptions on Sunday and set a season high with seven blocks.

After the game, Casey had no update on Jackson, but his team will look to the remaining 14 players to continue their defensive push.

Svi Myhailiuk gives big to the fourth: After a cold start to the season, the third-year forward has started to find his way. In the fourth quarter, Mykhailiuk scored 13 of his 15 points, scoring 3 for 6 from beyond the arc.

The Pistons lost Jackson early in the third quarter and fell into a defensive and offensive lull. So the team brought Mykhailiuk and rookie Saddiq Bey, who scored six points, off the bench to revive them.

Sunday has been one of Mykhailiuk’s strongest games this season. This is the second game where he scored 10 or more points. His warm hand helped the Pistons clear their deficit, stay close, and at one point, take the lead.

Pistons are looking to end an 11-game slippage against the Bucks: The Pistons have two games in Milwaukee, Monday and Wednesday (8 p.m. both nights on Fox Sports Detroit).

The Pistons have lost 11 in a row to the Bucks, including a four-game playoff sweep in 2019. All but one of those losses have been in double digits. Their last victory against the Bucks dates back to February 28, 2018 (110-87 at Little Caesars Arena).