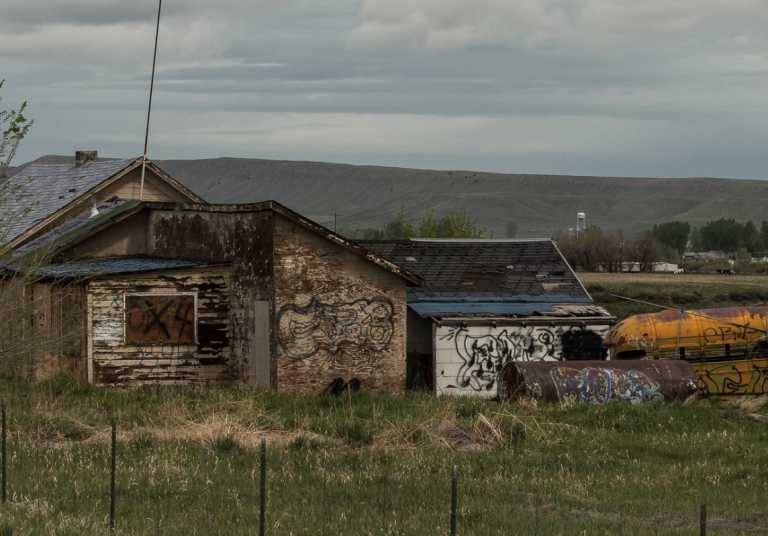 Poverty and helplessness: the journey of a woman in the middle of the “struggling class”

In his Preface to Living on the edge, sociologist Céline-Marie Pascale writes that her intention was not only to make visible the lives of “ordinary people”, but also to highlight the ways in which “business practices and government policies create, normalize and strengthen economic struggles for many to produce extreme wealth for a few.

She calls Living on the edge a “book on power”.

And while this is true, the book focuses on the abuse of power and the many covert and overt ways in which racism, sexism, xenophobia, and economic and environmental exploitation combine to keep capitalism afloat. Unsurprisingly, the book is alternately sad, infuriating, and hopeful. In addition, it offers a spoonful of democratic socialism clearly spelled out as a powerful antidote to a system that has allowed the richest 1% to collect almost as much wealth as the poorest 90.

Pascale’s research involved a year-long trip across the United States. She has conducted extensive interviews on the Cumberland Plateau in Tennessee, the coalfields of Kentucky, and southeastern Ohio. She also spent time on the Standing Rock Sioux Reservation in the Dakotas, the Wind River Reservation in Wyoming, and with residents of low-income neighborhoods in Oakland, California. While this is not an aggregate sample of poor Americans – Pascale calls them “the struggling class” – it does offer insightful insight into the day-to-day lives of people who are unemployed or in low-paying jobs.

These are people, writes Pascale, who “know that one unexpected event could push them deeper into financial problems from which they may never get out.”

There are, of course, multiple reasons for this, but low wages coupled with the high cost of housing and health care have propelled millions of workers into a dark economic corner that few can escape.

The most shocking revelation of Living on the edge is a chapter that focuses on sex trafficking which has become a pervasive threat to Indigenous women and children.

The culprits include the country’s largest employer, Walmart, with 2.3 million workers. According to Pascale, “Full-time Walmart employees earn between $ 20,738 and $ 21,632, less [Walmart’s owners] earn dividends in just one minute… The fact that Walmart pays its full-time employees an annual salary that puts them at or below the federal poverty line is no accident or oversight. It’s a business plan.

In fact, as has been widely reported, Walmart wages are so low that many workers have no choice but to accept food aid – food stamps or groceries from local pantries. – to feed themselves and their loved ones.

Pascale’s exploration of Athens County, Ohio sheds light on this situation. The Appalachian Regional Commission considers the region to be “in distress” and even before the pandemic, “the poverty rate in Athens County hovered at 33%,” she writes. “In county towns, the economic hardships are evident in the number of cars falling apart, the number of businesses shutting down, as well as the types of businesses that remain open… Dilapidated trailers and dilapidated homes are soaring. precarious in the cries and the hills. . “As recently as 2014,” she continues, “1,000 homes in the county lacked indoor plumbing; in the same year, 400 more homes in neighboring Meig County, or 1.7% of the population, did not have indoor plumbing. running water.

Athens-area resident Rose Taylor told Pascale she has two jobs – 36 hours a week as a certified nursing assistant and 30 hours a week in a piercing salon – and earns an annual salary combined $ 23,000, before tax. Although Taylor says she “gets away with it,” a calamity – in this case a dental emergency – turned Taylor’s life upside down, forcing her to see a payday lender so she could pay for the care she was taking. needed.

Taylor is hardly alone. Pascale notes that “every year people who use payday loans pay around $ 9 billion in interest and fees. Predatory lending practices target struggling communities, where people have few options. “

Indeed. And when added to racism, sexism and xenophobia, the result can be deadly. Lead poisoning is rampant in many low-income communities, writes Pascale. Likewise, polluted water, often the result of negligent extraction of resources in areas where mining was once common. This reality has had a disproportionate impact on the health of Indigenous peoples and other communities of color.

But as horrific as these conditions are, the most shocking revelation in Living on the edge does not relate to corporate malfeasance, workplace exploitation or poverty. In a chapter titled “The Burdens Women Face”, Pascale focuses on sex trafficking which has become a pervasive threat to Indigenous women and children. “Traffickers have been known to target girls who attend powwows and use social media to fish Indigenous girls by pretending to be an interested peer in dating,” she writes. The number of missing and murdered women, girls and Two-Spirit people – 6,000 in 2016 alone – is a national crisis that has had a disastrous economic and social impact on indigenous communities.

Add to that the pandemic and it is evident that just about everything on the reserve and beyond has worsened, from economics to security. Nonetheless, Pascale writes that although precariousness has increased, people have started to wonder what it means to be part of a community, which can bode well for organizing. “Fighting inequalities is fighting to change the system,” writes Pascale. “It’s not just that wages are insufficient, housing unaffordable and health care out of reach, it’s that we have a system that cares more about the accumulation of wealth than the well-being of the people. , of the government, of the country itself. “

Changing that, she concludes, will force us to focus on collective well-being rather than individual achievement. As she writes: “Our destinies are linked, not only by the economic struggle, but also by the pandemic and the climate crisis. The system cannot sustain itself. It is up to us to decide how this will change.

Please support the independent media today! Now celebrating its 22 years of publishing, The independent is still standing but it’s not easy. Make a recurring or one-off donation today or subscribe in our monthly print edition and have each copy delivered directly to your doorstep.