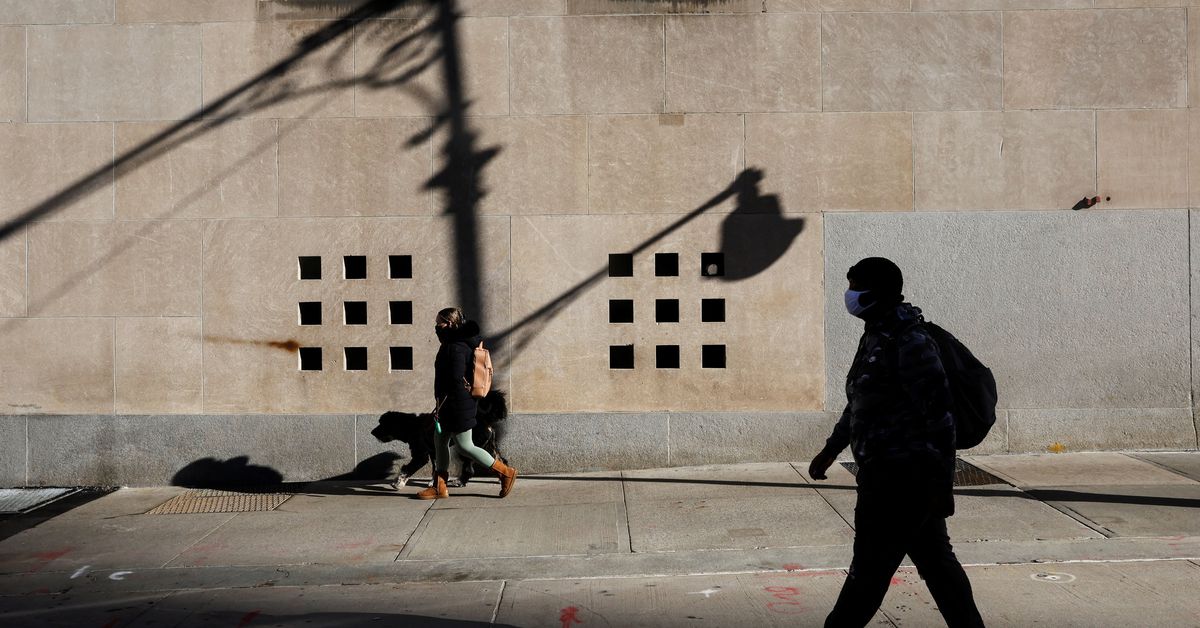 March 25 (Reuters) – Nearly a year after COVID vaccines were made freely available in the United States, a quarter of American adults are still unvaccinated and a picture of the economic cost of vaccine hesitancy is emerging. It highlights the financial risk to individuals, businesses and publicly funded programs.

According to public health experts, vaccine hesitancy likely already accounts for tens of billions of dollars in preventable hospitalization costs in the United States and up to hundreds of thousands of preventable deaths.

For people who forgo vaccination, the risks may include layoffs and ineligibility for unemployment, higher insurance premiums, rising medical expenses, or loss of scholarships.

For employers, vaccine hesitancy can contribute to workplace understaffing. For taxpayers, that could mean a financial drain on programs such as Medicare, which provides health care for seniors.

“When the vaccines came out, it seemed like everyone wanted one and the big question was how long would it take to meet the demand,” said Kosali Simon, professor of health economics at the Indiana University. “It hadn’t occurred to me that a year later we would be looking at the cost of people not wanting vaccines.”

Alicia Royce, a 38-year-old special education teacher in Coachella, Calif., chose not to get the COVID vaccine or have her two vaccine-eligible children get it. Royce’s parents received the shots, but she was concerned about issues, including reports of adverse reactions.

The decision puts Royce in an awkward position. Her school, like others in California, began a staff vaccination mandate last year. For now, Royce has a religious exemption and gets tested for COVID twice a week before entering class. The situation prompted his family to plan a move to Alabama, where schools have not imposed mandates, after the school year.

As the pandemic enters its third year, the number of US patients hospitalized with COVID is near a 17-month low. Most Americans are vaccinated and the country is returning to some semblance of normality, even as authorities predict a coming increase in infections with the BA.2 subvariant.

Yet as millions head back to work, transit and other social settings, Centers for Disease Control and Prevention figures show nearly 25% of American adults have not been fully vaccinated. , and the latest data suggests that many resisters will not be easily swayed: the number of people seeking a first COVID vaccine in the United States has fallen to its lowest level in 14 months.

Vaccines have proven to be a powerful tool against the virus. CDC figures from the 2021 Delta wave found that unvaccinated Americans were four times more likely to be infected and nearly 13 times more likely to die from COVID. The disparities were even greater for those who received reminders, who were 53 times less likely to die from COVID. Less than half of the country’s vaccinated population has so far received a booster.

In a December study, the nonprofit Kaiser Family Foundation, which tracks U.S. health policy and outcomes, estimated that between June and November 2021, unvaccinated U.S. adults made up 13.8 billions in “avoidable” COVID hospitalization costs nationwide.

Kaiser estimated that during this six-month period, which included the Delta wave, vaccinations could have prevented 59% of COVID hospitalizations among American adults. Kaiser counted 690,000 vaccine-preventable hospitalizations, at an average cost of $20,000. And he estimated that vaccinations could have prevented 163,000 deaths in the United States during the same period.

If vaccine hesitancy accounted for half of the more than one million new COVID hospitalizations in the United States since December, the additional cost of avoidable hospital stays could amount to an additional $10 billion, a found Reuters.

One thing is clear: As U.S. insurers and hospital networks factor in vaccine hesitancy, it’s likely that patients hospitalized with COVID will end up bearing a bigger chunk of the bill.

“These hospitalizations are not only devastating for patients and their families, but could also put patients on the hook for thousands of dollars,” Krutika Amin, associate director of Kaiser and one of the co-authors of the report, told Reuters. the December study. Unlike at the start of the pandemic, Amin said, most private health insurers have stopped waiving cost-sharing or deductibles for COVID patients who end up in hospital.

For some insurance plans, the cost for a hospitalized COVID patient can exceed $8,000 just for “in-network” services, she added. Expenses could balloon for the uninsured and those turning to out-of-network care.

Now that Americans have the choice to protect themselves with vaccines, insurance companies are demanding that patients bear more of those costs, but “a lot of people don’t have enough money to pay,” he said. said Amin.

More recent data – covering the Omicron wave – underscores the risk for the unvaccinated. In January in New York state, unvaccinated adults were more than 13 times more likely to be hospitalized with COVID than fully vaccinated adults, according to state health department figures.

The United States has spent billions to get vaccines into arms, including more than $19.3 billion to help develop vaccines, according to federal reports.

Yet the United States has one of the highest COVID vaccine exclusion rates among highly developed nations, as some question the need to get vaccinated or bristle at government or place mandates. work.

“The subset of the population that is truly COVID-vaccinated, ready to quit their job or test themselves to go to work, is now pretty hardened,” said Julie Downs, professor of social psychology at Carnegie Mellon University. .

COVID vaccines have become a political flashpoint and vaccination rates vary widely by region: in Vermont, public health data shows that 84% of people 18 and older are fully vaccinated , while the rate is just over 60% in Alabama.

Nearly 76% of people in the United States have received at least one dose of a COVID vaccine, according to CDC data, but the fully vaccinated figure – across all age groups – stands at 64%. The Food and Drug Administration has not yet approved a COVID vaccine for children under 5.

Perhaps the biggest financial risk vaccine holders have faced is being fired from their jobs, Kaiser’s Amin said.

New York City, which requires city workers to be vaccinated, fired more than 1,400 of them last month who had not received a vaccine by the city’s deadline, while about Another 9,000 workers remained in the process of applying for exemptions from the requirement, city figures show. The vast majority of the city’s 370,000 workers are vaccinated.

A nationwide survey by the Kaiser Family Foundation in October found around a quarter of workers said their employer required proof of vaccination. Only 1% of workers surveyed — and 5% of unvaccinated workers — said they quit their job because of a workplace vaccination mandate.

A tiny minority of healthcare workers across the country have been laid off or placed on furlough because they chose to remain unvaccinated, but the layoffs still add up to thousands of layoffs, according to a report by Fierce Healthcare, which follows the trend.

Giant employers, including JP Morgan and Bank of America, have told their U.S. employees they can expect to pay more — or receive fewer benefits through company wellness programs — if they do not provide proof of vaccination.

Other companies have extended an insurance premium supplement for unvaccinated spouses or family members of employees if they wish to be insured as a dependent under an employee’s health plan.

And after global life insurance providers were hit by higher-than-expected claims of $5.5 billion in the first nine months of 2021, insurers will seek to calibrate premiums more closely to risk. COVID-related mortality in the future, Reuters reported.

Immunization status and other health risks — such as obesity or smoking — are metrics life insurers can check when customers search for coverage. Under the US Affordable Care Act, people applying for health insurance cannot be turned down for pre-existing conditions, including COVID, or charged more for not being vaccinated. But companies that cover a portion of employee health insurance costs may pass on higher costs to unvaccinated employees.

University students may also face financial consequences if they withdraw. At least 500 US colleges have vaccination mandates, with some banning in-person registration or schooling for those who don’t comply, or requiring them to undergo frequent COVID testing.

The university suspended her and withdrew her funding, she said. “It was a big loss.” Boston University did not respond to a request for comment.

Now in New York, Corrigan says she is campaigning for a congressional seat as a Republican. Its platform: “medical freedom”.

Too late to buy a house in this market? Not necessarily | Bakersfield life