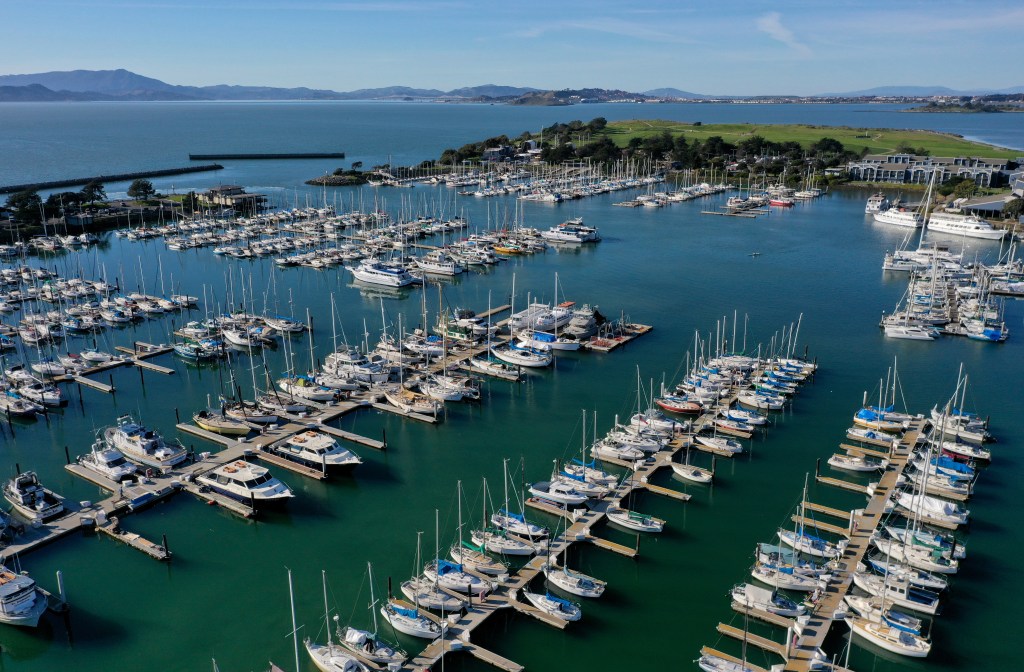 For decades, Berkeley and Emeryville struggled to financially keep their marinas afloat while watching them painfully fall into disrepair.

Little has changed for the Berkeley Marina, which despite needed repairs and strengthening its banks, continues to face budget shortfalls. At $6.98 million, its operating expenses are $700,000 higher than the revenue generated.

However, the Emeryville Marina is a different story these days. After its landing stages and facilities were revamped in recent years, the small marina became a source of profit, bringing in $508,100, far exceeding operating costs of $340,777.

What happened? How did the Emeryville Marina manage to settle the financial wedge while the much larger Berkeley Marina – less than five miles away – continues to sink into a sea of ​​red? There is no simple answer, but for some the difference comes down to private versus public management. Emeryville took the private route, while Berkeley stuck to public stewardship.

Faced with too many vacant boat slips, past debts and a backlog of overdue capital improvements such as canal dredging and dock repairs, the Emeryville City Council in 1998 appointed Westrec Marina Management to embark on a long-term plan to revitalize the marina. Emeryville Marina LLC will come later to continue the work, followed in 2015 by Safe Harbor Marinas.

They all made the business decisions about what improvements to invest in and how to pay operational costs. During this stretch, dilapidated docks were renovated, restrooms repaired and landscaping planted.

Meanwhile, in Berkeley, the city’s Marina Fund for funding capital improvements still can’t rely on a stable source of revenue.

Budget updates and expense reports reflect the 1999 deficit after deficit that threatened to deplete the fund’s reserves. Yet the city of Berkeley continued to manage the marina instead of using a private management company.

Berkeley senior analyst Roger Miller said the city has sometimes considered hiring a company to manage the marina, but never took the plunge.

One reason is that privately run marinas are generally not eligible for grants and loans from the California Division of Boating and Waterways, Miller said. The city relies heavily on state grants to fund the work needed to renovate its marina.

But Maurice Kaufman, who for 28 years was Emeryville’s director of public works and municipal engineer, says he thinks the Berkeley marina wouldn’t need state subsidies if it were properly run by a company. who knew how to make a profit.

Emeryville’s main responsibility was to replace the fishing wharf, build public toilets, and dredge the entrance channel. By redoing boat slips, Safe Harbor and its predecessors attracted tenants and used much-needed rent to cover expenses and even maintain an urban park at the marina.

Since private marina management companies know the boater market well, Kaufman said, they know how to repurpose and rearrange slipways by size to achieve high occupancy.

“They maximize what they thought was best for the community,” he said. “They have always been praised.”

Scott Grindy, harbor master and founder of the Bay Area Marina Operators, said private marinas have the advantage of accelerating needed improvements. Public marinas like Berkeley’s, on the other hand, must navigate red tape and submit to public scrutiny and comment before embarking on projects.

Size is another issue. The 1,000-berth Berkeley Marina also includes over 100 acres of park space with seven miles of trails, picnic areas and various amenities for everyone, not just boaters. Emeryville Marina has only 409 slides and is not part of a large public recreation area.

“I say [Berkeley] is a larger marina than the town of Emeryville, but it has many similarities,” Kaufman said. “I couldn’t just say (private management) would be great without someone doing an analysis.”

And profits may come at the expense of dissolving boating communities, according to several former Emeryville Marina cruise ships. They say the marina no longer has the “family” vibe of local boat owners it once had and claim that many have been evicted with little or no reason and feel the marina has gentrified.

“I think the reason I’m so upset is that we had a great time and felt like family,” said Cindy Warner, a former Emeryville Marina cruiser who has been there. recently after seven years.

Berkeley Parks and Waterfront Commissioner Jim McGrath said that because the Berkeley Marina provides space for many free activities, from windsurfing to bicycling, the city must provide facilities for the widest range of users, not just those who can afford to pay.

“It certainly saves money, but it takes skill to run a marina,” he said.

McGrath also noted the possibility of jobs being lost or wages being reduced in the transition to private management. “Berkeley is also a strong union city, and that’s just not going to happen, in my opinion,” he said.

A tale of two marinas – The Mercury News