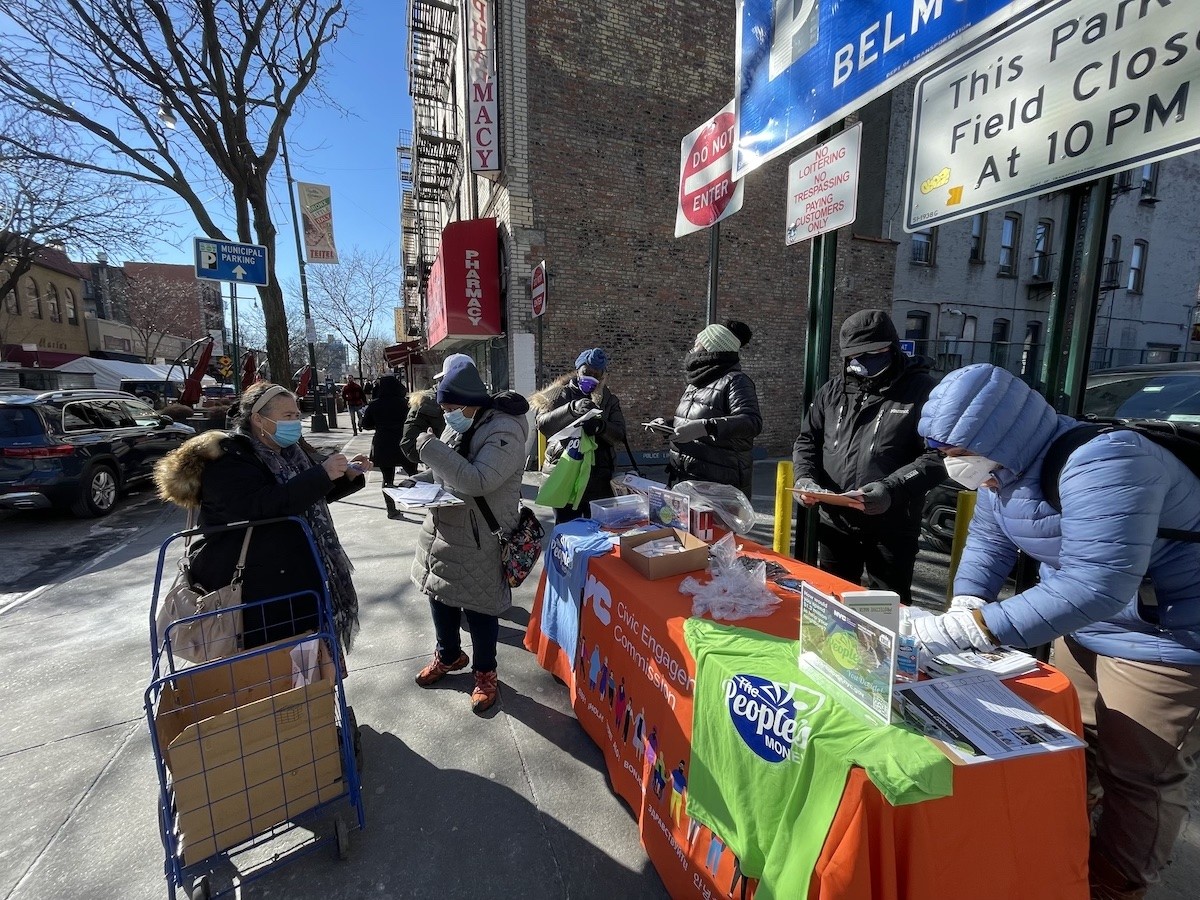 What can $1.3 million accomplish? New York residents have their say

More than a decade after launching participatory budgeting programs in several neighborhoods, the City is bringing the idea to all five boroughs.

Ramatu Ahmed founded the African Life Center to better support African immigrants in the Bronx. For more than a decade, she has provided support for issues such as housing, employment, health care and access to food. Last year, she took on a new initiative: leading a participatory budgeting process within her community, which meant everything from reaching out to often marginalized community members, developing proposals with them, encouraging people to vote and helping to implement the winning idea.

“It was not an easy task for me,” she says. “But I was able to do it because of my connection with the African community, with imams, church members, women leaders and young people.”

The African Life Center was one of 33 community-based organizations to implement a brand new participatory budgeting process overseen by New York City. Civic Engagement Commission (CEC). While participatory budgeting is not a new process for the city, this one focused on the neighborhoods most affected by COVID-19 and paid local organizations to lead the entire process. Now the city is distributing $1.3 million to implement 33 community-proposed projects through June.

“This model had [community-based organizations] lead the process from start to finish, from organizing residents and assessing community needs, and getting a sense of priorities for the neighborhood, working alongside residents on proposals and getting them to vote,” explains Daniella Eras, CEC Participatory Budgeting Advisor. “Being responsible for getting the vote out and having the money to implement whatever the residents have chosen – that’s a first for the city.”

Four members of the New York City Council pioneered participatory budgeting in 2011, allowing residents in their district to allocate a portion of their discretionary capital funds. Voters simply had to live, work, or attend school in the designated ZIP code and be at least 11 years old, resulting in a much more inclusive reach than traditional voting. In the years that followed, the number of participating city council members grew exponentially, but ultimately it was up to city council members to provide the option to their constituents.

New York voters approved the creation of the Civic Engagement Commission in 2018 with a mandate to formalize and expand participatory budgeting citywide. After the delays due to COVID-19, the CEC tested the participatory budget on a smaller scale through the youth-led ‘It’s Our Money’ project. This $100,000 project funded five $20,000 community projects and engaged 2,000 youth across the city.

This latest initiative was the first effort to expand the CEC process to each of the five boroughs with $1.3 million provided through the municipal tax. The CEC led the process in 33 priority neighborhoods identified by the Racial Inclusion and Equity Task Force (TRIE), as disproportionately impacted by the pandemic. The CEC funded community organizations working in these neighborhoods to launch participatory budgeting last fall, beginning with a neighborhood community needs assessment survey, with a vote between December and January.

Ahmed, with African Life Center, has found particular traction with a youth football group. “The coach posted all the information on social media and told the players you had to take part in the vote – because we were asking, how can we help African youth, how can we engage them civically?” she says. Many of them campaigned for a proposal to fund a youth football tournament, which ultimately won. Ahmed also paid stipends to young people to help secure the vote.

El Puente led the process in Bushwick, Brooklyn. They too have worked extensively with young people, who wanted to deal with the impact of the pandemic on mental health. “Our young people were interviewing residents of the community, really hearing their voices, to really shape three projects on what the community was saying,” says Deputy Director of Programs Asenhat Gomez. The winning project, “Building Mental Health Capacity in Bushwick,” will create access to culture-based mental health workshops, community fairs and mental health toolkits.

Good old Lower East Side (GOLES) has built its deep relationship with the inhabitants of HLMs. “What often came to mind for us were food security issues, so naturally that’s what came out with participatory budgeting,” says executive director Damaris Reyes. The community voted on a plan to open plant-based community fridges in local schools. “We already have two fridges in the schools, so we will be expanding to 10 fridges which will be plant-based, filled with greens and other vegetables for families in these schools to have access to.”

The 33 organizations shared their strategies, successes and challenges with each other and with the CEC. “CEC understands our issues, knows our language and can absorb us…many city agencies are not used to working with small organizations like us,” Ahmed says of the support framework.

As for the CEC, “Having the [community groups] engaging in the development and execution of this process has been very important,” says Erik Cliette, executive consultant for Bridge Philanthropic Consulting, which acts as the initiative’s project manager and helps distribute government funds to organizations. “They came back to us with ideas on how we could be more effective or successful in reaching our communities. All of these things are important in terms of future implementation.

The CEC has made some adjustments in real time and will also refine the process for next year. After comments that the digital ballot was complex, the CEC simplified it. (Paper ballots were also offered, with all information translated into 15 different languages.) After comments that outreach was difficult in cold weather, the CEC intends to hold the voting phase of next year in the spring.

During the latter part of the voting period, the CEC and neighborhood groups co-hosted 18 Get Out the Vote events in the boroughs to explain the process and different ways to vote, as well as a virtual relational organization on a city scale. In the end, 99 ideas were submitted, more than 29,000 New Yorkers voted and the 33 selected projects are currently in progress. They should be completed by the end of June.

For Ahmed, the youth soccer tournament taking place this spring is just part of a larger commitment planned by the African Live Center. “I want to use this as a driving force to educate young people… I also want to involve parents,” she says. “Every Saturday that they play, during the break, I will ask someone to talk about a subject like voting rights, health, nutrition and mental health.

Dr. Sarah Sayeed, Chair and Executive Director of the Civic Engagement Commission, hopes this can serve as a model for a broader and truly inclusive participatory budgeting process across the city. “For many problems, we know the solutions, but they are not always implemented,” she says. “What this process says is that communities know what they need, they know how to solve problems in their neighborhoods, they are the authors of those solutions, and we will fund what they say is a solution. to their problem.”

Emily Nonko is a social justice and solutions-focused journalist based in Brooklyn, New York. She covers a range of topics for Next City, including arts and culture, housing, movement building and public transit.

Follow Emily .(JavaScript must be enabled to view this email address)

LA mayoral race: Interactive charts show where the city’s candidates are getting money