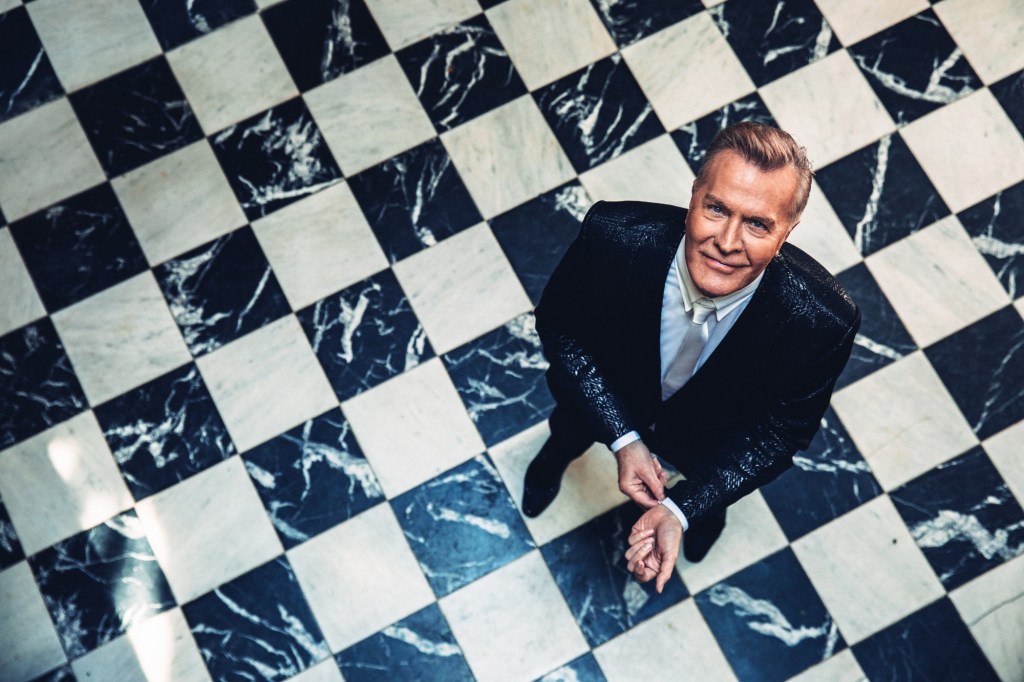 Martin Fry is just as intriguing on Zoom as he is on those amazing ’80s ABC albums.

The ever-dapper frontman – known for giving voice to new wave gems as heartfelt as “The Look of Love” and “Poison Arrow” – begins our video interview by showing me around his home office.

â€œThese are my collection of bikes,â€ says Fry, pointing to a number of cool two-wheelers hanging from hooks in the background. â€œSometimes people think I’m in the back shed, but no, I’m in my Edwardian house in central London. “

He also shows off the art on his wall, the highlight being a vintage Sex Pistols tour poster.

“I stole that one off a wall in Sheffield and I think it’s worth a lot of money now,” the singer remarks.

It’s a fun introduction to the interview, done ahead of ABC’s long-awaited return to California this month. The group – who released the incredible debut album “The Lexicon of Love” in 1982 – performs in Agoura Hills on November 18, in Montclair on November 20, and in Santa Clarita on November 21.

Q: It’s so nice to talk to you, Martin. Thank you for showing me around your office via Zoom. I will do the same and you will be able to discover some of the musical memorabilia on my walls. (Lifting the camera so Fry can take a look around.)

A: You have Roxy Music “Stranded” up there, don’t you?

Q: Yes, of course. I love this album.

A: I met Phil Manzanera (guitarist for Roxy Music) about two weeks ago during a question and answer session in Brighton, on the coast. I’ve met Phil Manzanera before – he played on a few ABC songs many years ago. But it was fantastic to be able to say how much I love this record (“Stranded”) – “Amazona”, “Mother of Pearl”. His guitar playing is fantastic, isn’t it?

Q: Absolutely. He’s one of my favorites. And it doesn’t surprise me to learn that you love Roxy as well, given how often you’ve been compared to the group’s suave crooner, Bryan Ferry. Has Roxy Music been a big musical influence for you?

A: Yes, Roxy Music, David Bowie, Marc Bolan, T. Rex, glam rock. Then I would go to soul clubs and listen to a lot of Motown, Stax, Atlantic in the 70s. It was a bit of a fusion of those two worlds.

When we started making records we wanted a different sound from other bands in Sheffield. We were from Sheffield, in the north of England, the city of steel. In Sheffield there was the Human League, Cabaret Voltaire, Def Leppard – playing in bars.

That’s where the shiny tuxedos and suits and everything Cole Porter, Sinatra, in a modern setting, to try to put these people together.

Being in a group when you’re young is fantastic – because you get people excited. It’s a shock and a fear, basically. You go to a bar and you try to kill all your guys.

Q: What was your original goal when you created ABC? What kind of band did you want ABC to be?

A: I loved Joy Division and the Cure and Human League. But I also liked Chic and Sister Sledge and Earth Wind & Fire. There is a whole northern soul tradition in England. At the end of the 70s, he mixed these two worlds.

But it was all punk rock, really. I loved Siouxsie and the Banshees and the Pistols and the Clash and all that time. I have managed to live through many great eras of music. I like this.

Q: Next year marks the 40th anniversary of your fantastic debut album, â€œThe Lexicon of Loveâ€. Is it difficult to understand that the album – which remains your most famous work – was released so long ago?

A: How did it happen? Forty years? Certainly not. You’re lying to me.

The last 10 years have been interesting, going back on stage and playing with my contemporaries for a very long time. I just did some tours with Adam and the Ants, OMD, Howard Jones, Kim Wilde in Great Britain. I do not know. It’s a strange feeling to be a survivor. But I think we’re all like that now anyway, right? After confinement.

Q: Why do you think â€œThe Lexicon of Loveâ€ touched audiences so much?

A: It was our first (album). Sheffield is a difficult place to cross. So you knew if you didn’t take off, that was it. There was an air of despair. So, we put everything in.

We had this pretty big success in the UK with ‘Tears Are Not Enough’. But we heard Trevor Horn’s production on some Dollar records and we just thought they were fantastic. So we approached him to make the record.

Part of the appeal of this record now is that it contains some pumped up and emotional songs about a broken heart.

Q: I have very specific and very important memories associated with your music from the 80s. How does it feel to hear people tell you that your songs are the soundtrack of the first kisses, the dance balls. end of the year and others?

A: It’s really touching – because as soon as you make a record, write a song, it’s public property.

We had a really good race for about 10 to 12 years. Then in the ’90s I was kind of walking around thinking,’ Look at all these other bands out there. You are not in sync. There’s always a period for an artist – including the Rolling Stones and Elton John – where you’re kind of completely and utterly out of sync with popular tastes.

Q: ABC actually decided to quit in the early 90s, but would be back by the end of the decade. By this point, 80s nostalgia had entered the picture.

A: We started playing gigs again around the 2000s and I looked at the audience and I could see that people were really touched by some of these songs, like “All of My Heart”.

Plus, I realized that the audience had aged and had gone through a few marriages, a few divorces, or downstream mortgages or houses. All the kind of drama in people’s lives is there. But somehow music always has a force – a force for good. I never underestimate that.

Q: Is the ending of â€œThe Look of Loveâ€ as fun to sing on stage as it sounds? You know, where you get to the whole “hip hip hooray-yay, yippee aye, yippee aye yay-yay” part.

A: For some reason, the audience loves this moment in this song. I only received a review once. I was in John Henry’s rehearsal studios and a guy came over and said, â€œI’m from Texas. What are you doing with the yippee-aye? I kind of had to defend myself, really – “Oh, it’s just a spontaneous moment.”

I’ve always loved the kind of music that’s really uplifting and really silly and smart at the same time. I think there is a lot going on with “Look of Love”.

It’s a bit very camp, but also very serious at the same time. I like this balance.

If you are going to